Biography
The son of a wood engraver, Wu Junyong was born in 1978 in Putian, Fujian Province. He studied printmaking at China Academy of Art, Hangzhou, graduating in 2000, and returning to complete an MFA in New Media in 2005. He teaches in the School of Intermedia Art at the China Academy of Art. Since discovering the possibilities of vector graphics animation, Wu has become a pioneer of quirky, experimental digital animation works, as well as continuing to paint and work across a range of media. Wu Junyong loves fables and riddles, drawing inspiration from Chinese and European sources that result in surreal, often humorously erotic imagery. Often taking on the character of shadow puppets or theatrical performances, his animations comment on society’s greed and hubris, while his paintings are dark, witty allegories with multiple layers of meaning. Wu makes specific references to Chinese society which speak directly to Chinese audiences, but which may be ‘read’ in different ways by audiences outside China. Wu Junyong has created an idiosyncratic pictorial language of codes and symbols, through which many possible meanings are both revealed and concealed. His work has been shown in solo and group exhibitions in China and in Europe, the UK and Korea.Wu Junyong lives and works in Hangzhou where he teaches in the Painting Department of the China Academy of Art. 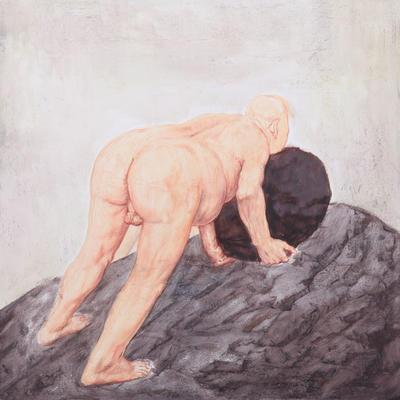 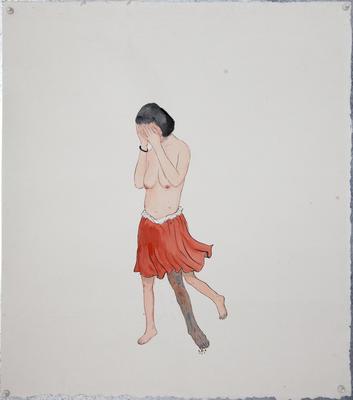