Biography
Born in Lijiang, Yunnan, He Jia is a member of the Nakhi or Naxi ethnic minority people, whose ancestors were nomadic Qiang people from northern China. Between the first and tenth centuries they migrated southwards and settled in Yunnan. They are kin to the matriarchal Mosuo minority – although there is some debate over this connection. The Naxi language is derived from the Chinese-Tibetan language family. He moved to Beijing to begin his career as a professional artist, working across both 2D and 3D media. He Jia thinks of himself primarily as a painter, though, influenced by the Pop-Art inspired ‘Political Pop’ artists of the late twentieth and early twenty-first centuries in China. He says: ‘The balloon man series reflects my personal optimism and romanticism. The balloon man is a visual metaphor of my subjective perspective, instead of my wonderful exploration and pure fantasy.’ 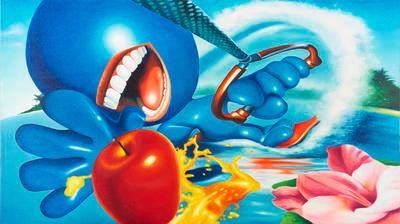 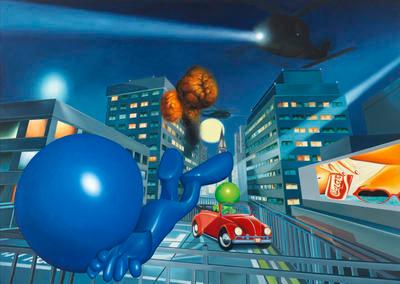 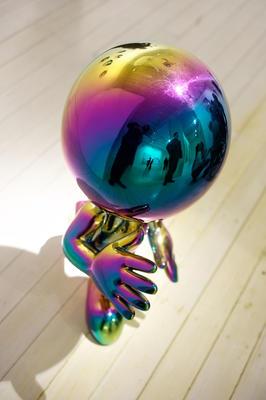