Biography
Born in Shenyang in 1971, Li Dafang grew up in Liaoning, one of the three major provinces in northeast China that was the major centre of heavy industry in the 1950s. The development of the economy saw many factories and workshops in the area abandoned, a sight that became Li’s regular motif in his paintings. Being the son of a writer, Li is also influenced by literature and often incorporates text in his paintings. Li studied at the Lu Xun Academy of Fine Arts, graduating with a master’s degree in 2000. His work has been exhibited widely in China, Europe, North and South America and in Australia in ‘Go Figure!’ an exhibition of works from the Sigg Collection curated by Claire Roberts and supported by the Sherman Contemporary Art Foundation at the National Portrait Gallery, Canberra, Australia in 2012. Li Dafang currently lives and works between Beijing and Shenyang 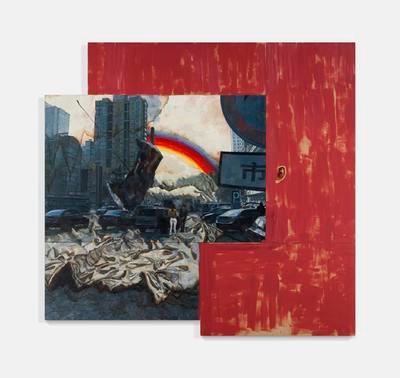