Biography
Cui Jie’s experiences of 3 large Chinese cities – Shanghai, Hangzhou and Beijing – are reflected in her paintings, as are her memories of a childhood influenced by the excitement, disruption and constant change of the Reform and Opening period that utterly transformed China. She selects images of actual buildings that represent the hybrid architectural forms so typical of Chinese cities – Soviet-influenced apartment blocks, architecture with Chinese and Japanese stylistic elements, International Style modernist steel and glass constructions – and layers them into complex compositions. Her works, featuring imagined combinations of real structures, represent the transformation of China’s urban landscapes. Chinese cities are experimental laboratories of Reform and Opening, revealing how economic and social policies have changed the life of every Chinese person. This is her personal history, too: she points out that most of the buildings and sculptures depicted in her paintings are less than 30 years old. 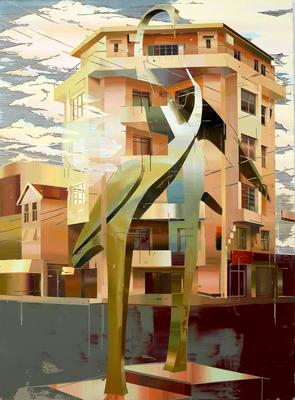 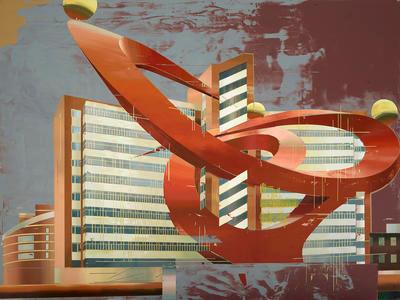