Biography
Brief Bio:
Beijing based artist Han Lei is credited as a pioneer of the Chinese photography that emerged after the Cultural Revolution, having graduated from the Central Academy of Art and Design (now Tsinghua University Institute of Fine Art ) in Beijing in 1989. During the late 1980s, Han documented village life in his hometown of Kaifeng, Henan. He subsequently developed an expansive and complex artistic practice working across media including sculpture, installation, and painting. Nonetheless, Han remains primarily a photographer noted for the baroque decorative quality and low-saturation of his images. He plays with the tropes of both high and low culture, fine art imagery and kitsch. Han is particularly interested in exploring contemporary notions of beauty, classical literary figures, and traditional Chinese arts. The models who appear in his work are generally not conventional beauties. Corpulent women, for example, are posed in the guises of familiar historical western paintings or enact familiar Chinese narratives. These striking images subvert culturally-circumscribed perceptions of physical attractiveness, emphasising the individuality and agency of his models – ordinary women with imperfect bodies rather than idealised beauties. 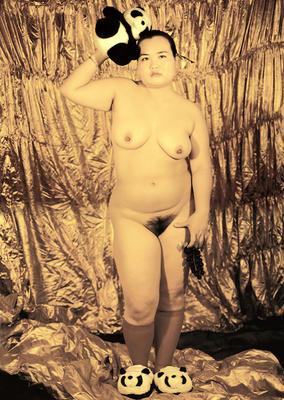 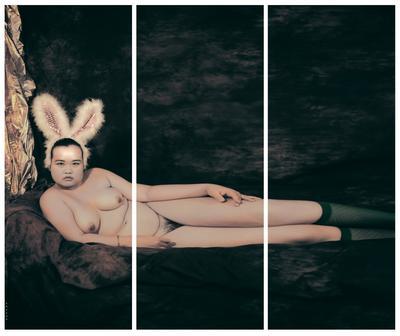 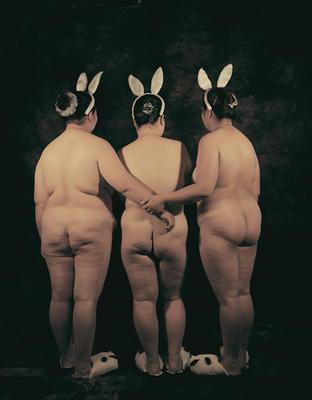 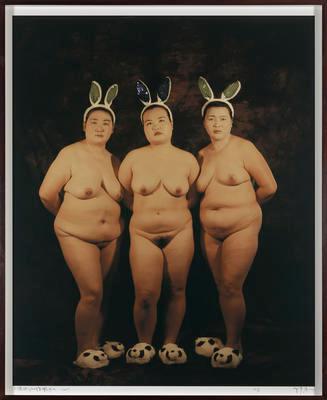