Biography
Son of a Taiwanese rice farmer, interdiscipliinary artist Lin Chuan-Chu’s work spans ink painting, performance and installation. He thinks of himself as a modern version of the wenren, the scholarly intellectual elite class in Imperial China. At the same time, he identifies a rupture between the mantle of the literati and his own humble rural background, which informs his work with the rhythms of the seasons and the hard labour of agricultural production. He describes his immersion in Chinese culture and the classical traditions of ink painting, calligraphy and poetry as an external, albeit profound influence. His experiments with creating contemporary ink paintings that are narratives of his own personal sorrows and family dramas, on the other hand, emerge from an internal well-spring of emotion, inflected by experiences studying in the USA. 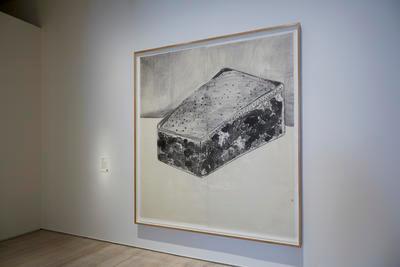