Biography
Adapting ancient traditions to contemporary art practice, Liu Jianhua is particularly significant due to his innovative use of porcelain. Born in Ji’an, Jiangxi Province in 1962, he studied sculpture at the Jingdezhen Ceramic Institute in the historical centre of Chinese porcelain production, graduating in 1989. Before that, he had worked at the Jingdezhen Pottery and Porcelain Sculpture Factory, immersing himself in the traditional craft of porcelain, before starting his own experimental practice. In 2017 his work was selected for the 57th Venice Biennale, ‘Viva Arte Viva’, and in 2016 ‘Collected Letters’ was shown in the Asian Art Museum, San Francisco, and ‘Trace’ in the Victoria and Albert Museum, London. Liu Jianhua’s works have been exhibited in the 16th Echigo-Tsumari Art Trienniale (2015); Kuandu Biennale, Kuandu Museum of Fine Arts, Taipei and 1st Kiev Biennale of Contemporary Arts (both 2012); 17th Biennale of Sydney (2010); Vancouver Biennale (2009); 2nd Moscow Biennale of Contemporary Art (2007); 1st Singapore Biennale (2006); Busan Biennale (2006) and the China Pavilion of the 50th Venice Biennale (2003) – although this pavilion was not realised in Venice, and was shown instead in the Guangdong Museum of Art, Guangzhou. As a member of ‘Polit Sheer Form Office’ Liu’s work has been shown in China, Australia and the United States. He lives and works in Shanghai, where he teaches sculpture in the Fine Arts Department of Shanghai University. 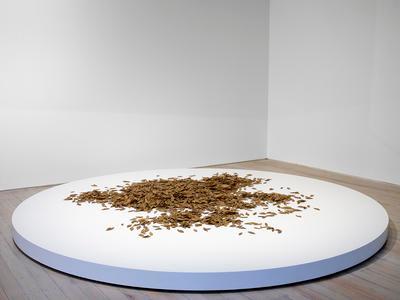 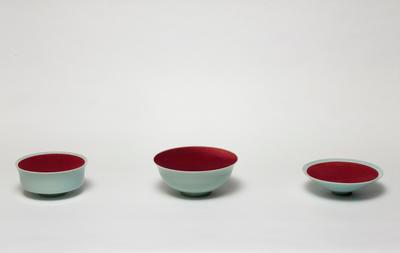