Biography
Born into an ordinary working family in Shenyang, Liaoning Province Jiang Di was still uncertain about becoming an artist when he began his studies at Beijing’s prestigious Central Academy of Fine Arts. However, he says that he learned so much in those four years that his doubts vanished. Creating contemporary works inflected as much by contemporary theories of image reproduction as by the history of ink wash painting and calligraphy, Jiang Di works in a meticulous and patient manner with pencil on paper. In the 1960s the American Pop artist, Roy Lichtenstein, made a series of paintings that took the Abstract Expressionist brush mark as their subject. In these works, the heightened emotion and self-reflexivity of the mid-century New York school painters became a source of parody, their gestural brush strokes, drips and spatters rendered in the flat, deadpan manner of a printed advertising graphic. Similarly, Jiang Di has taken the fluid brush marks of Chinese literati painters as his motif. The sweep of soft brush across absorbent paper (apparently spontaneous but in fact requiring great precision and knowledge), is imitated in the unlikely medium of pencil. The stain of ink and wash once applied to depict mountain landscapes, birds, flowers and bamboo, or to write expressive calligraphy, is laboriously reproduced, creating what might be described as fakes – shan zhai to use the Chinese term for copied consumer goods – ink paintings. Jiang’s intention, however, unlike Lichtenstein’s, is a paean of praise to Chinese art history, rather than as a parody of literati painting. Jiang Di’s works have been shown in Shanghai, Beijing and Treviso, Italy. He lives and works in Beijing. 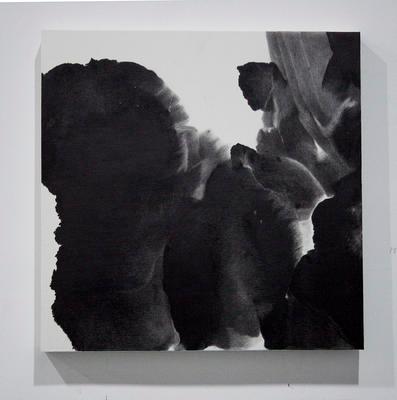 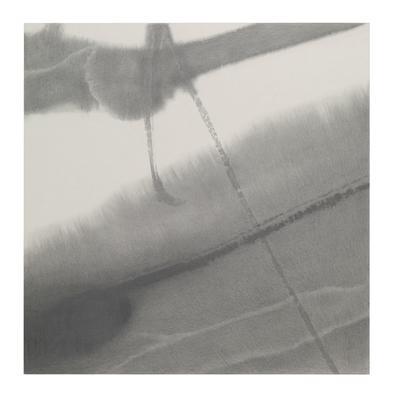 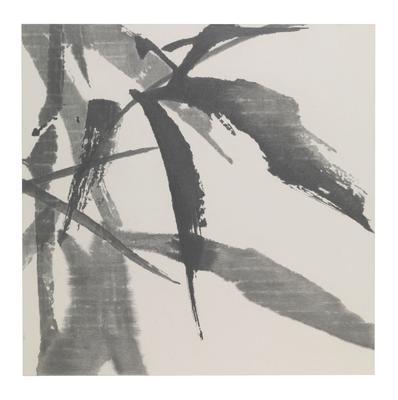 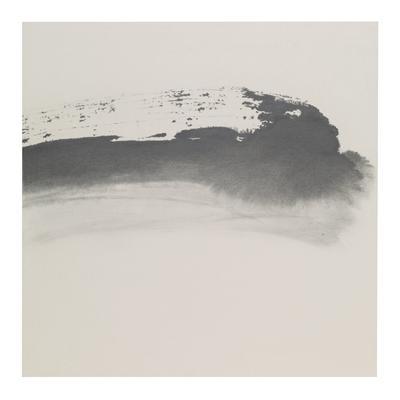