Biography
Born in Shanghai in 1980, Yang Yongliang graduated with a bachelor’s degree in Visual Communications from the Shanghai Institute of Design, China Academy of Art in 2003. He had studied traditional Chinese painting and calligraphy from early childhood, developing an interest in traditions of ink painting and literati culture. Today, however, he is best known for innovative digital works, installations and animations that reflect his response to China’s changing landscape of demolition, reconstruction and urbanisation. Yang Yongliang’s work has been widely exhibited internationally in significant solo and group exhibitions, including China in Motion, Annecy International Animation Film Festival, Annecy Museum, Annecy, France, in 2017 and Ink Art: Past as Present in Contemporary China, at the Metropolitan Museum, New York, in 2013. In 2014, he was a finalist in the inaugural Prudential Eye Awards for Contemporary Asian Art in Singapore. Yang Yongliang lives and works between Shanghai and New York. 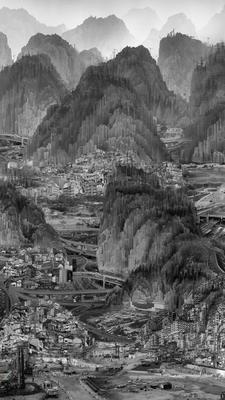 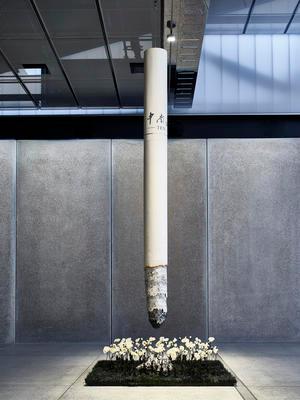