Biography
Growing up on the island of Kinmen, Jeng Jun-Dian says he was always curious about the outside world. After graduating from the Taipei National University of the Arts in 1987, Jeng travelled and settled in Europe briefly, living in France between 1996 and 1998, before returning to Taipei. Although Jeng studied traditional Chinese shan shui painting, he is also deeply influenced by Western art movements such as Impressionism, Pointillism and Photographic Realism. These influences are very much a part of his creative process: he usually begins each work with a photographic image and often insists on working under natural light. Jeng has held multiple solo exhibitions around Taiwan, and one at Marlborough Gallery in New York in 2004. He lives and works in Taipei. 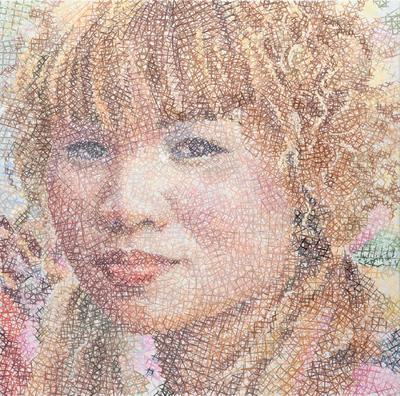