Biography
Born in 1971 in Wuhan, Hubei, China, He An lives and works in Beijing. From the generation of artists who came of age after the Cultural Revolution, his work is influenced by his experiences of a dramatically transforming, ‘Reform and Opening’ China. His light sculptures are made up of characters taken from the signs that light up his native city of Wuhan, in a form of subversive, reinvented calligraphy – China has been described as traditionally ‘a culture of the word’. Tang Contemporary describes his work thus: ‘Using these stolen ideograms, which are often damaged, the artist recreates the names of people who are dear to him. He An's work is autobiographic and obsessive, straddling the line between illegality and investigation and exploring the prohibitions and taboos of contemporary Chinese culture.’ 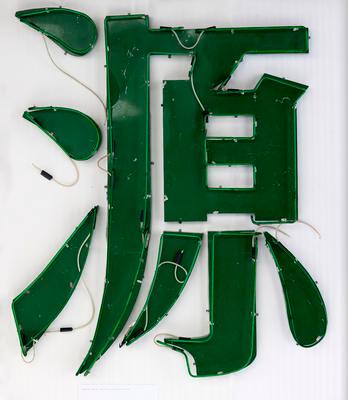