Biography
Born in Tianjin, Jing Zhiyong studied at the Tianjin Academy of Fine Arts, graduating with a BFA in oil painting in 2005. He credits his higher education as having a great influence on his practice in developing his signature drawing style that is informed by the visual language of his childhood. Using single colours and contours, Jing Zhiyong restores the aesthetics of children’s drawings with an adult wit and humour in a deceptively innocent manner. He has exhibited widely around China, with his most recent solo exhibition at Pata Gallery in Shanghai in 2012. Jing currently lives and works in Beijing. 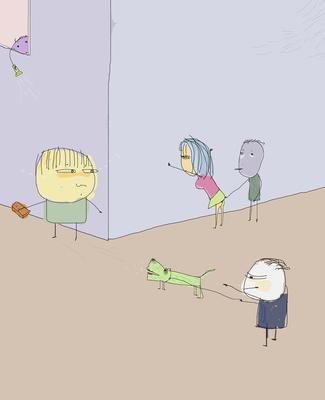 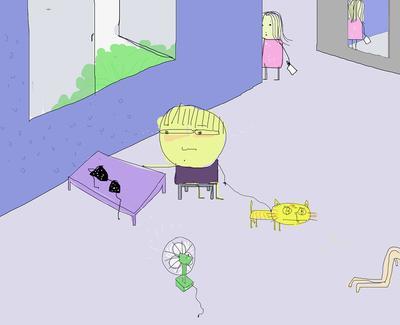