Biography
Guo Fei was born in Taiyuan, Shanxi Province, in 1981. In 2006 he graduated with a BFA from the Oil Painting Department of the Tianjin Academy of Fine Arts. Seeking an innovative way to apply his skills in trompe l’oeil realistic painting to express ideas in a contemporary manner, he began to construct boxes using traditional mortice and tenon joints, and paint their front panels to create the illusion of an open interior ¬– boxes, he says, remind him of how Chinese people traditionally keep important objects in decorated boxes. The boxes that Guo Fei creates are a way of reflecting on his own memories of childhood, and the changes he has observed in his hometown of Taiyuan. His work has been exhibited in Shanghai and Beijing, and he had a solo exhibition, ‘Wonderland’, at A Gallery, Hong Kong in 2012. Guo Fei currently lives and works in Taiyuan. 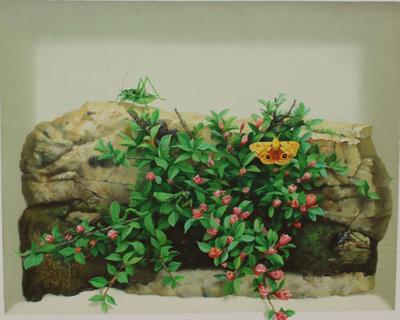 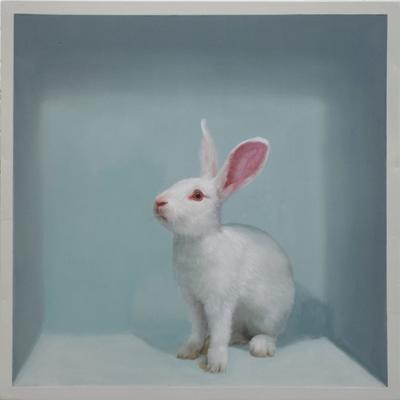 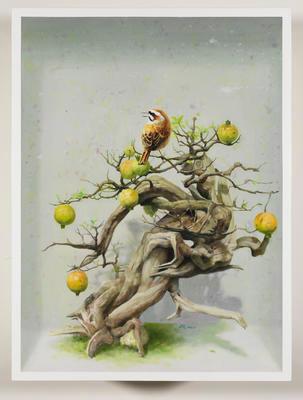 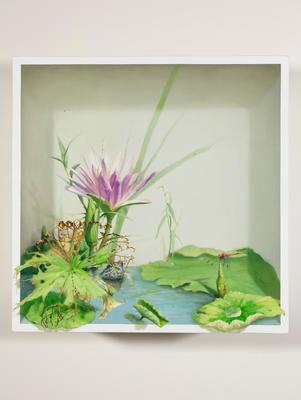