Biography
A native of Beijing, Pei Jing joined the faculty of the Shanghai Theatre Academy in 1983 after completing his studies in stage design. Working across mediums with oil, ink and screen printing on paper, Pei Jing often juxtaposes the political and the sexual in popular culture, frequently sourcing revolutionary-era imagery such as PLA soldiers, revolutionary model operas and propaganda slogans. Many works recall the Political Pop imagery found in the early works of artists such as Li Shan and Zhang Xiaogang. 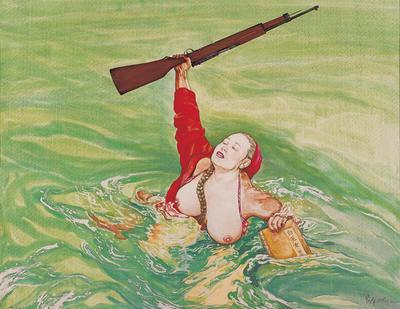