Biography
Zhu Jinshi was born in Beijing in 1954. He began to draw and paint after 1970 when, along with thousands of his urban high-school student peers, he was sent to do factory work; Mao’s ‘rustification’ program – sending urban youth ‘up to the mountains and down to the countryside’ – was being adjusted to accommodate the needs of industry. Zhu worked at the Beijing Heavy Industrial Boiler Plant, where he often painted in front of his machine during his rest breaks. From 1973-77 he worked as an assistant to the modernist artist and teacher Li Zongjin, who had been a professor at the Central Academy of Fine Arts until falling victim to the Anti-Rightist Campaigns of the late 1950s. Li taught the aspiring artist modernist techniques of landscape and portrait painting. Zhu then became associated with the Stars (‘Xing Xing’), an avant-garde group based in Beijing, and with the Apartment Art movement of the 1980s. His work was shown in the inaugural 1979 exhibition of the Stars, often considered the first show of contemporary art in China. In 1986 he was awarded a scholarship to study at the Künstlerhaus Bethanien in Berlin from 1986–87, where he was profoundly influenced by Joseph Beuys. In 1988 Zhu was awarded the DAAD Artists-in-Berlin Residency Program scholarship. During the 1990s, Zhu’s practice grew to include performance, video and photographic works. When he returned to China in 2000, he began to paint again, developing his characteristic technique of heavy impasto. His work has been exhibited internationally in solo and group exhibitions since 1979. Zhu Jinshi lives and works in Beijing. 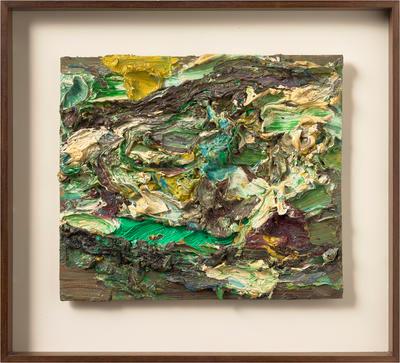 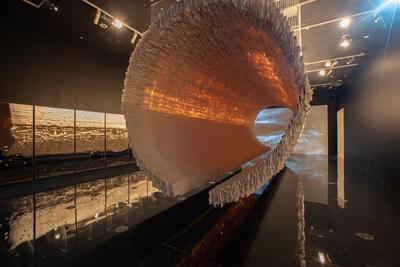