Biography
Chen Wenji was born in Shanghai in 1954 and graduated from the printmaking department of the Central Academy of Fine Arts in 1978. While working as a professor at CAFA from 1981 to 2014 in various departments including Folk Art, Mural Painting and Oil Painting, Chen moved his own practice from printmaking to focus more upon painting. By the early twenty-first century, he had developed a visual language of abstraction, and today his works are characterised by stylised geometric shapes and vivid colours. His works explore concepts of time, of endurance, of waiting, and of patience, characteristics that Chen embodies throughout his practice and his life. His work has been exhibited widely in group and solo exhibitions in Mainland China, Taiwan, South Korea, Europe, South America and the UK. He lives and works in Beijing. 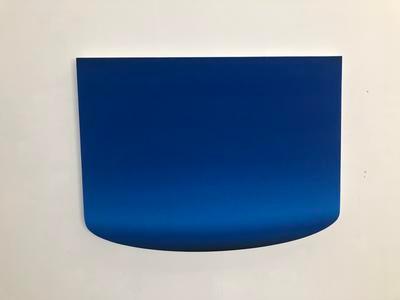