Biography
Born into an artistic family in 1961 in Hangzhou, Song Ling was awarded his BA in 1984 from the Department of Chinese Painting of the Zhejiang Academy of Fine Arts, now the China Academy of Art in Hangzhou. After graduation, he was an active participant in the’85 New Wave’ movement, and formed the avant-garde Pond Society group, or ‘Chi She’, together with fellow artists Geng Jianyi and Zhang Peili. Giving up his assured job at the Zhejiang Academy of Fine Arts, Song came to Australia in 1988, living and working in Melbourne for almost 30 years before returning to China in 2017. His ink and wash paintings are distinguished by a cool, rationalist style, featuring alienated and isolated figures, animals or instruments that symbolised people ‘s overwhelming indifference and loneliness in modern industrial society. His earliest works were shown with the Pond Society group of artists in the 1980s and in numerous curated exhibitions across Australia. Recent solo exhibitions include ‘Catch the Muddle’, presented by the New Century Art Foundation at Pond Society, Shanghai (2019); ‘Magritte’s Room – Song Ling’s Creative Trajectory in Thirty Years’, Hive Art, Shenzhen (2018); ‘Wildlife – Song Ling Solo Exhibition’, Niagara Galleries, Melbourne (2017) and at Hive Art, Beijing (2016). Song Ling’s works are held in both private and public collections in the USA, throughout Asia and Australia. He currently lives and works in Beijing and Melbourne. 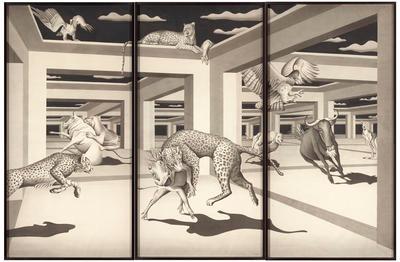 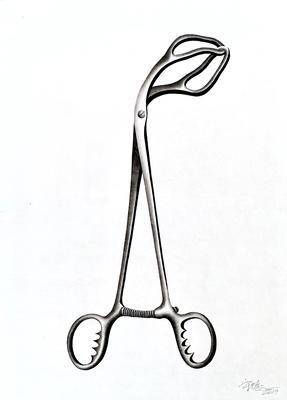