Biography
Lin Yan was born into a family of distinguished artists in Beijing in 1961: her grandparents were two of China’s most influential modernist artists, and both her parents were also artists and influential teachers. Lin Yan herself was trained in the rigorous academic traditions at the Central Academy of Fine Arts, but left China in 1985. She followed in the footsteps of her grandfather and mother by studying in Paris, in the Painting Atelier of École Nationale Supérieure des Beaux-Arts, later moving to the United States where she received her master’s degree from Bloomsburg University of Pennsylvania in 1989. Her innovative works made from Chinese xuan paper and ink have been widely shown internationally, including in solo shows in New York and Taipei. Lin Yan lives and works in New York. 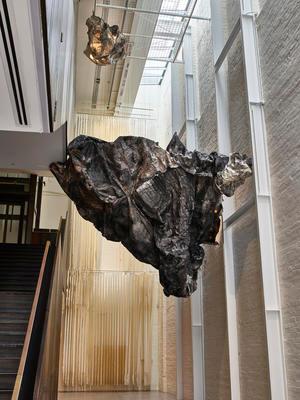