Biography
A leading figure in the late twentieth century emergence of conceptual art in China, Song Dong was born in Beijing in 1966. Song Shiping, his father, was sent to a re-education camp during the Cultural Revolution, so in his early childhood Song Dong was raised by his mother. Song and his wife, conceptual artist Yin Xiuzhen, graduated from Capital Normal University and worked as high school art teachers whilst immersing themselves in the avant-garde performance and conceptual art movements of the late 1980s and early 1990s. In recent years they have developed an ongoing collaboration, The Way of Chopsticks, as well as each maintaining their independent practices. Song Dong is a co-founder of the Polit-Sheer-Form Office artists’ collective, together with artists Hong Hao, Xiao Yu, Liu Jianhua and curator, Leng Lin. Song’s work spans performance, installation, sculpture, photography and video, exhibited internationally in significant solo and group exhibitions. These include a major survey exhibition at Shanghai’s Rockbund Museum in 2017, I Don’t Know the Mandate of Heaven, that revealed the astonishing variety and depth of his work over almost four decades, and Art and China After 1989: Theater of the World at the Guggenheim Museum, New York, also in 2017. Song Dong lives and works in Beijing. 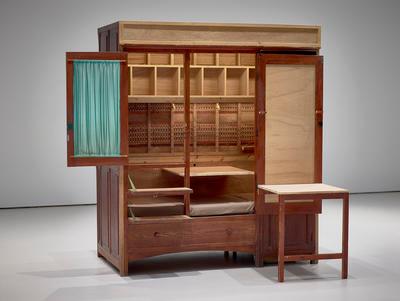