Notes
Andy Warhol’s giant Brillo boxes, originally exhibited in New York in 1964, were perhaps the nail in the coffin of the idea that ‘high art’ was separate from ‘low’ popular culture. Philosopher Arthur Danto asked the key question: what made Warhol’s boxes art, while the actual packages in the supermarket were not? This vexed question arises in the work of Jiao Xingtao too, but his work differs from Warhol’s in that the quotidian packaging he replicates is enlarged to a monumental scale and produced with such meticulous attention to sculptural craftsmanship that crumpled chewing gum wrappers and old toothpaste boxes become aesthetically beautiful objects. Jiao’s crumpled, discarded packaging hints at the object it once contained. Instead of replicating the products of a consumer society, he focuses on their discarded wrappings, symbolising the emptiness of this system of exchange. 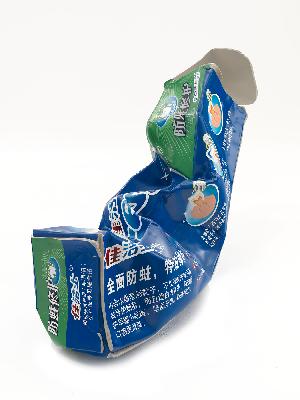